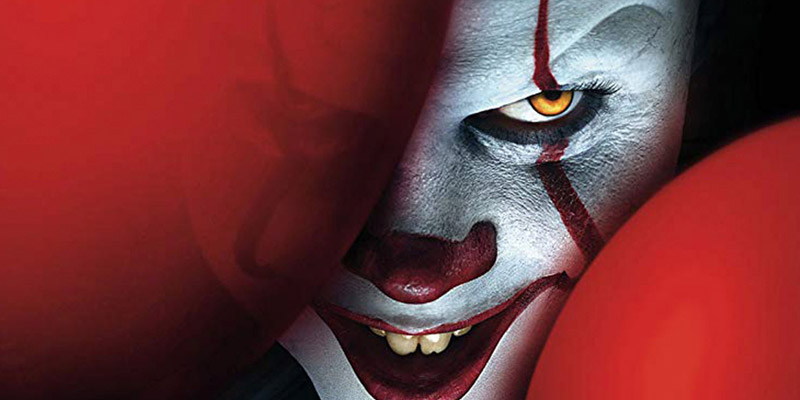 Halloween is right around the corner, and everyone’s scrambling to put together that perfect costume. And that’s just for the regular trick or treating; add in a costume contest, and you have on your hand complete pandemonium. But there’s no need for you to worry.

Be it at a fraternity or work – these miminal makeup looks with the right costumes will turn heads and win you that first place in Halloween parties. The OG goth girl Wednesday Addams showed us, as children, that it was alright to keep to yourself and alright to be different and have your personality. And now she’s ready to win you that coveted costume contest and the attention of the handsome devil you’ve had your eye on. Who said clowns aren’t scary? Every time I see one, I get the creeps; after all, there’s some reason Hollywood keeps using them in their horror flicks. And when speaking of clowns, there’s no clown more well-known and revered than Stephen King’s very own Pennywise. As a child, Pennywise scared you through the books, then with his Hollywood rendition – but now it’s time for him to win you that best costume crown. Growing up, I never paid much attention to maleficent, and I bet you didn’t either – but all of that changed when Angelina Jolie made her debut as maleficent. It’d be an understatement to say that she took the world by storm; already beloved for her appearance as the rambunctious Lara Croft, Angelia gave Maleficent a truly fairytale portrayal. With her elegant and regal presence, Maleficent will surely help you wow your way into the judges’ hearts. You can’t have Halloween without zombies; they’re creepy, funky, and always fun. Unlike the previous suggestions, zombie designs can get pretty elaborate pretty quickly – so much so that they can end up costing hundreds of dollars. However, there’s no need for you to go that far, and if we’re being honest, those costumes don’t look that good anyway. Ghoulish eyes, crooked teeth, and a few blood splatters – that’s all you need to have your next serving of brains in that winner’s trophy. While scary may be the main theme of Halloween, cuteness is a pretty close second. And no, I’m not kidding; cuteness runs the world, and Halloween is no different. And what’s cuter than Minnie Mouse – she’s kind, caring, and super sweet. Moreover, her design’s pretty simple, so that’s a plus. A bit of pink eyeliner, a pair of mouse ears and a polka dress are all you need – to charm your way into the first place. Coming back to more traditional Halloween designs, we have the skeleton, which has recently become quite popular. I’ll admit that at first glance, they can be a bit daunting – as many of the first make tutorials you’ll come across will be quite elaborate. However, those designs are more related to the day of the dead festival than to Halloween. For Halloween, I would suggest that you go with a simple costume like the one above, which is of Sally from The Nightmare Before Christmas. What’s more in line with Halloween than a pumpkin? Nothing at all – and it’s quite fortunate since there are plenty of pumpkin costumes for you to choose from. And don’t worry; unlike the zombie design, almost all of them are pretty simple. However, if you’re still having some troubles – just go to your trusty saloon, and they’ll have you up and ready in no time.

Well, that is it for the costumes – however, there is one last thing that I’d like to talk about. That is, rather than risking it yourself, get a professional to help you out with the makeover. Not only is self-preparation time-consuming, but it can be dangerous as well – because, without prior knowledge, you might use a paint that’s incompatible with your skin type. Well-trained and experienced, a professional will not only save you a lot of time, but the result will be far better than what you’ll get yourself.

Our professional stylists and makeup artists can help you get ready for the Halloween Parties. Feel free to browse through our location based guide to find the right artist for you in Toledo or Maumee.

That’s it; now, all you need to do is to pick a costume and win that game!